Following the death of their mother, Penny & David have moved into what once was her childhood home.  It’s been empty for some time but their father feels it could become the perfect family home for them to make a fresh start in.  What none of them realise is that the house has a furry tenant in the attic, called Pog.  He’s there to guard “The Necessary”, a magical portal into a not so magical world.  As their home starts to be invaded by unwelcome visitors can they all work together to defeat the enemy?
If you enjoy The Royal Rabbits of London series by Santa Montefiore you’ll enjoy this.

When this book dropped into my lap I immediately wanted to dive straight in – I adored the cover and the three word description of “Family, Fantasy, Heart”.
Penny & David have just moved into the home that their mum occupied as a child.  She’s inherited the long abandoned property and their father feels that, with some of his architectural flair, it could become the perfect family home.
Sadly their mum has died in an accident though so, whilst she’s with them in spirit, she’s not been able to tell them about the occupant of the attic rooms, Pog.
Pog seems like a glorious creature.  He’s small (about 2 feet), furry and talks in the manner of Yoda from Star Wars.  He’s a Lumpkin, a member of The First Folk, and has been entrusted to be the guardian of “The Necessary”.  This being a locked door in the house, which seemingly leads to a basement, but which has a some peculiar markings on it.  It can only be opened by Pog and his carved wooden staff.
When David starts hearing voices in the surrounding forest he accidentally stumbles upon another strange creature, Kipwik, whose motives for befriending David are less than pure.
In fact there seem to be no end of creatures who are ready and waiting to breach “The Necessary” and feed on the sadness and misery of the bereaved family who have just moved in.
When Penny & David discover Pog in the attic they come to understand that he is there to act as their protector and it’s up to the three of them to banish the creepy creatures that seek to take over.
How do you go about defeating creatures that feed on misery though?  Despite being in a place of sadness they need to find joy – and an army of joyous creatures too!
This book has such a feel of folklore and legend about it, it’s truly charming.  Yes there is a creepy character, the Boggart, who knocks the family out with a sleeping draught in the night to steal their tears but it’s not scary.  All the while the wonderous Pog is there to look over them and you just know that goodness will prevail.
I love that we only get a fairly sketchy description of Pog because it allows the reader to picture him as they like and being able to imagine a character for yourself can often be the best part of a story.  This is a tale that allows your imagination to soar beyond what is written on the page.
This book is an utter joy from the front to back cover – there is nothing I would change about it.  It’s not just about good versus bad but also about looking forward and not letting bad experiences/memories crowd out the goodness in life. More please!
Pog is published by Chicken House Books and is available here.

Pádraig Kenny is an Irish writer from Newbridge in County Kildare. He has a first class master’s degree in Anglo-Irish Writing from Maynooth University, and he has taught English literature and creative writing. He has worked as a freelance arts journalist, and as a scriptwriter he has written drama and comedy for radio and screen. His debut novel Tin has previously been reviewed by STORGY Kids and POG is his second novel. 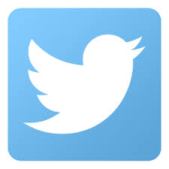 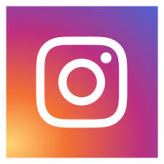 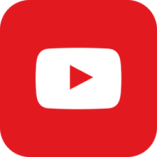